Written by: Kimberly A. Whaley

My daughter Sammi always encourages me to read for pleasure on our holidays. Until very recently, I generally catch up on law journals and articles and perhaps a magazine with lots of pictures! Sammi reads a book a day – not a fair starting point! However, to prove to Sammi that I too, can actually read a book, I took these 3 reads on December holidays. Here were my choices and my order of read: 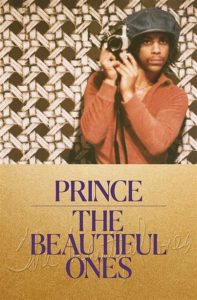 This book was edited by Dan Piepenbring, a book told in four parts. The first being a memoir that Prince had begun to write before his accidental tragic death; the second part, a scrap book of various writings and photos; the third, a collection of photographs and achievements; and the fourth, the original of Prince’s handwritten notes for the creation of Purple Rain. For those of you who are Prince aficionados, the book, more like a scrap book, is a fun read and one which only confirms his absolute brilliance.

Interestingly, Prince died without a Will, at age 57, three years ago on April 21, 2016 at his home in Paisely Park, in Minnesota. Three years later, his estate is still unsettled. According to internet articles, dozens of would be claimants appeared after Prince died, but the heirs have been narrowed down to 6, comprising of his sister, and half-siblings. I guess as still a fairly young man at age 57, Prince had not yet put his mind to the importance of estate planning. However, given that Prince was meticulous and extremely vocal concerning owning the rights to his music, including engaging in court proceedings to be able to do so, it is somewhat surprising that he did not take action in order to protect the rights to his music after death. Obviously, the importance of an estate plan no matter how young or old, cannot be underestimated. 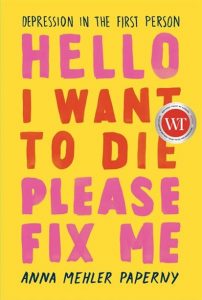 This book by Anna Mehler Paperny, is an excellent piece of investigative journalism which explores the important issues surrounding depression, suicide, and a lack in understanding within the medical profession of the illness, the brain, and how to effectively treat depression. The journey is thorough, exploring personal experience, the experience of others and families affected by depression and by suicide, replete with statistics on the demographic groups who suffer from such illnesses. Anna, on the issue of creating pathways to care, and the need for reform, said in the final pages of her works, this:

“I’m torn on that front. I’m a journalist, not an advocate or an activist. But I can inform, I can document, I can explore, I can provoke, I can punch in the face with words. The topic of depression in the context of my writing this book is complicated by my conflict of interest: I want this stuff to change; I want to change discourse and attitudes and, as a result, alter outcomes. I want someone to come up with new medical interventions that work magic. This disorder that I have corrodes the sense of self and destroys the desire to live; hope in recovery, of getting “better”, diminishes to nothing, a sliver of sandcastle in a rising tide. But if I kill myself, if I don’t achieve and maintain remission, it won’t be because the system that fails millions daily has failed me: the system’s treated me just fine; it just isn’t good enough yet.”

These comments brought me to tears because although they are hopeful, they are uncertain and evoke fear in others desperate to help and prevent such tragedy, perhaps without the right tools to do so.

For those of you who know Hilary Laidlaw, she is probably the most eloquent speaker and writer you have ever had the good fortune to encounter. I remember the first time I met Hilary was at a court application she had been retained on to represent unknown and unascertained heirs. I remember I was terribly impressed by the way she spoke and addressed the court with such clarity and precision and this piece of work brought me right back to those words and that experience. It is a fun read. My favourite chapter or prompt was called: Prompt Two: NETFLIX & CHILL. I don’t want to give it away, but Hilary’s section on choosing your words wisely and a rendition of a school experience and the meaning of the word philately (i.e. stamp collecting) is a good laugh out loud! I won’t be the spoiler in all of this, you will have to read it for yourself, but it is remarkably witty. The second section that I really enjoyed was Prompt Three: FRIENDS, wherein Hilary said as follows:

“Now you may say that this has more to do with me as a mother, than as a friend, but I’d have to challenge you there. Yes, part of the parent’s role is to provide guidance and protection and yes, I’d come to your defence simply because you are my son, but if, as individuals, we also connect as friends, how precious is that? According to my survey, you have all the markers of a true friend. And while these characteristics may be definable, the nature and quality of a particular friendship are not as easily categorized. Rather, each friendship, like the individuals who form it, is unique. So, who says a parent and child cannot share a genuine friendship quite separate from their kinship? While some (you and Harper Lee among them) may say you can’t choose your family, I say if you’re lucky, family members can be the fiercest of friends. I offer you two scenarios from my own family scrapbook, which serve to prove my point.”

I loved this as I could completely connect to what Hilary was saying being lucky enough to have a close and loving friendship with my mother Pat, and my daughter Sam, both of whom, without doubt, I would emphatically say, are friends by choice.

Tweet
Previous Post: “Death-Bed Will” Remains a Will Until Proven Other
Next Post: OBA Institute – Elder Law – Rights and Limitations on an Attorney Under a Power of Attorney – Feb 5
Click here or on top Blog logo to return to Blog front page.